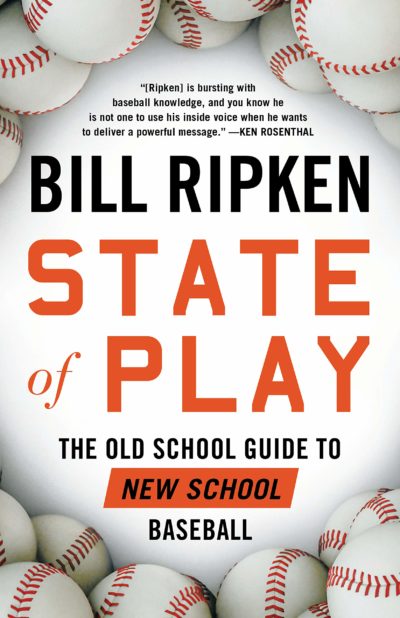 The State of Play

Former 12-year major league veteran and current MLB Network analyst Bill Ripken, a member of The First Family of Baseball, reconciles the tried-and-true baseball strategies of the past with the newer, analytics-driven strategies prevalent in today’s game to arrive at a modern baseball philosophy that accounts for both.

Over the last few years the Sabermetric and Analytical (S&A) craze has infiltrated MLB baseball front offices, dugouts, and news. S&A has certainly made contributions to better the game of baseball, but not to the extent that people seem to think it has. New terms, phrases, and unrealistic statistics like launch angle, spin rate, and pitch framing have been thrown at us and are being used as punchlines with little to no real value or meaning when it comes to how the game is actually played.

Former 12-year major league veteran and current MLB Network analyst Bill Ripken has had enough. He argues that new analytical terms are being introduced to the baseball lexicon before they’ve become completely validated ideas or arguments. He believes these new terms require qualifiers like “we know this isn’t perfect yet,” or “there have been some flaws with this, but…” to make it clear to confused baseball fans that these new statistics and analytical methods aren’t necessarily relevant to the fundamental truths of the sport. These new ways of thinking are based on fancy numbers and phrases, blanket statements, and a one-size-fits-all mentality that, Ripken argues, is actually damaging to the way people experience and understand the game.

This book’s purpose is to look at all these so-called new and improved statistics and methods and point out what makes sense and what doesn’t in a larger historical context. Baseball common sense will be the main focus as Ripken breaks down the similarities and differences between the new school of thought compared to the old school. There is and always will be room in this game for learning and improving, but Ripken warns that it’s important to be aware that just because a thought is new doesn’t necessarily make it true. Likewise, just because a thought is old doesn’t necessarily make it outdated.

In fact, Ripken argues, some of the new-and-improved ideas that do have merit quite simply point to and validate some of the old-school numbers that are now believed to be irrelevant. In this book, Ripken will seek to reconcile the old with the new to arrive at a modern baseball philosophy that accounts for both. Play ball.