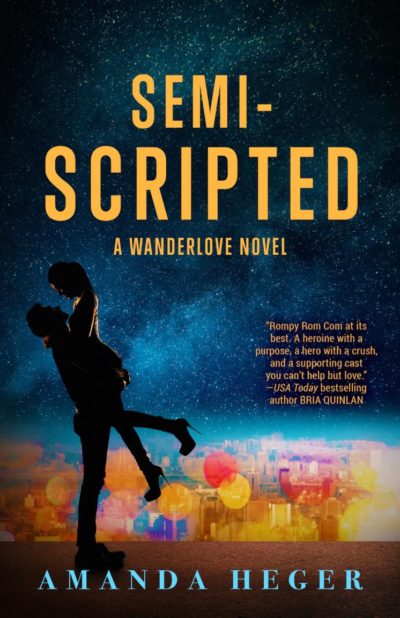 Blending romance with a message for social justice, Amanda Heger pens a second “rompy Rom Com at its best” in the Wanderlove series, this one under the lights of Hollywood.

Marisol Gutierrez has come to Los Angeles with a single goal: win the prestigious grant that will save her family’s struggling medical clinic back in Nicaragua. But, when a cute guy invites her to sit in the audience of a hip-but-failing comedy program, Marisol figures she’ll get a little entertainment out of her otherwise stressful trip.

Evan Abramson thought an internship at the So Late It’s Early Show would be the start of a long television-writing career, but their ratings are sinking. With every show, his plans seem one step closer to collapse. When a backstage crisis throws him into an onstage encounter with a gorgeous and charming audience member, Evan and Marisol become overnight sensations. And soon their made-for-television romance is the only thing keeping So Late from getting the axe.

As things heat up onscreen and off, Marisol and Evan are caught between their careers and their growing feelings for one another. Being together in front of the cameras puts Marisol’s grant at risk, but keeping their romance offscreen means Evan’s show is sure to fail. Together they have to decide whether to stick with the script and save their careers or improvise their way toward a happily ever after.

Praise for Without Borders
“Heger’s debut is poignant and crackles with a wry, authentic, relatable voice that will appeal to anyone who’s ever felt like a twenty-something fish out of water.”―Lia Riley, author of the Off the Map series
Heger, Amanda

"Amanda Heger is a Romantic Comedy voice to watch!  Semi-Scripted is rompy Rom Com at its best. A heroine with a purpose, a hero with a crush, and a supporting cast you can't help but love." —USA Today Bestselling Author Bria Quinlan 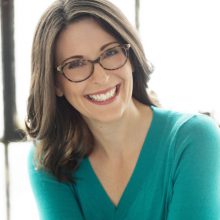 Amanda Heger is a writer, attorney, and bookworm. She lives in the Midwest with three unruly rescue dogs and a husband who encourages her delusions of grandeur. For more on Amanda Heger visit: https://www.amandaheger.com/ 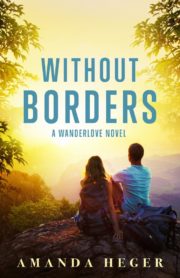