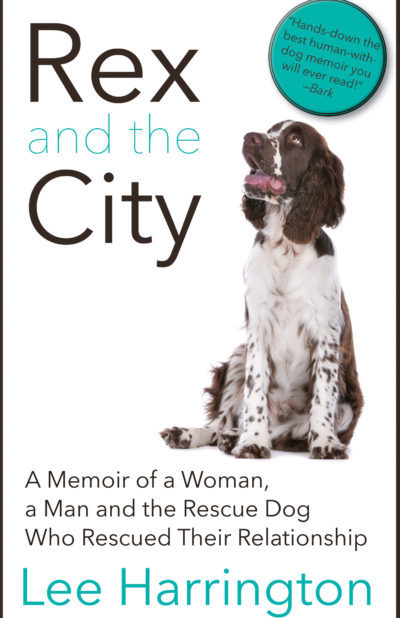 Rex and the City

A Memoir of a Woman, a Man and the Rescue Dog Who Rescued Their Relationship

“Hands-down the best human-with-dog memoir you will ever read!” —THE BARK MAGAZINE

In 1997, New York City hipsters Lee and Ed were at a crossroads. Money was tight, their careers were floundering, their apartment was tiny, and their relationship, frankly, was dysfunctional. Then, on a fateful day in August, they decided on impulse to visit a nearby animal shelter, just to “look at” dogs. In a split-second decision that would change their lives, they brought home Wallace. They quickly realized that this spaniel mix was more than they could handle—he was aggressive, fearful of humans, and seemingly untrainable. Faced with overwhelming new responsibilities, the couple bickered constantly, worried incessantly, and disagreed on nearly every aspect of how to handle the dog. But the one thing they could agree on was that they loved Wallace. And slowly but surely, this love helped transform both the dog and their relationship. And thus, by rescuing an abused spaniel, they ended up rescuing themselves.

Funny and heartfelt, this memoir chronicles a couple’s changing outlook on their relationship, on their city, and on life through Wallace: a rambunctious, energetic and complicated shelter dog who was transformed by love. And by life in New York City.

REX AND THE CITY will resonate with everyone who has ever loved their four-legged friend.

A portion of all proceeds will be donated to animal rescue organizations.
Harrington, Lee