William Sitwell is an award-winning editor, broadcaster, and writer. He has appeared at literary and food festivals across the globe, and was the long-standing editor of Waitrose Food magazine, named Editor of the Year on numerous occasions. A frequent guest and presenter on TV and radio—he’s best known as a critic on the BBC show MasterChef—Sitwell also contributes regularly on the subject of food for the Daily Mail, The Times, the Daily Telegraph, and The Guardian. His weekly radio show, Biting Talk, features the biggest names and new talent from the world of food and drink. Sitwell lives in London, England. 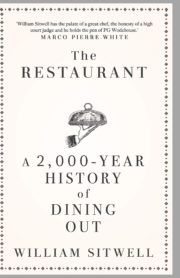