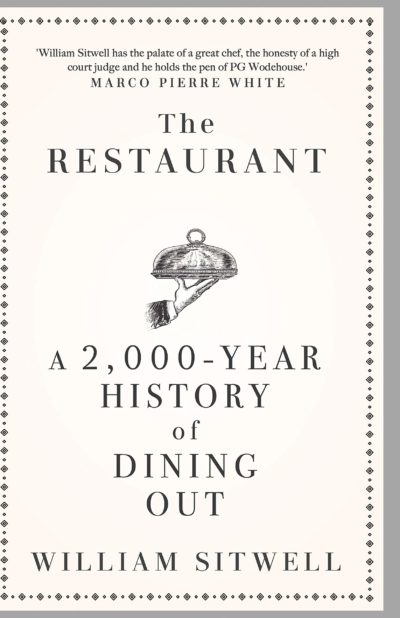 Have you ever wondered where the first coffee shop sprung up, or when the sushi conveyor belt was invented? Unbelievably, the global history of the dining establishment has never been told—until now. Journeying 2,000 years into the past, acclaimed food critic and writer William Sitwell artfully traces the earliest origins of the widespread cultural practice of eating out, from its most basic to most sophisticated forms. Whether he’s traversing the inns and taverns of Pompeii before its destruction in A.D. 79, witnessing the tumultuous emergence of fine dining during the French Revolution, or recounting the mid-twentieth-century invention of the taco machine in New York City, Sitwell’s engaging prose gives readers a front-row seat to the restaurant experience across cultures and millennia. He identifies the ten most influential restaurant dishes of all time and follows the fashions that shape the way we dine, meeting the restaurateurs of today and yesterday whose establishments shaped society for good or ill. And after offering a wry history of the world through the prism of the eatery, he ponders its exciting future. Chefs, critics, restauranteurs, and foodies alike will delight in all the sweet and savory details offered up in this lively and highly absorbing romp through social and culinary history, packed with color photographs and illustrations.

William Sitwell is an award-winning editor, broadcaster, and writer. He has appeared at literary and food festivals across the globe, and was the long-standing editor of Waitrose Food magazine, named Editor of the Year on...