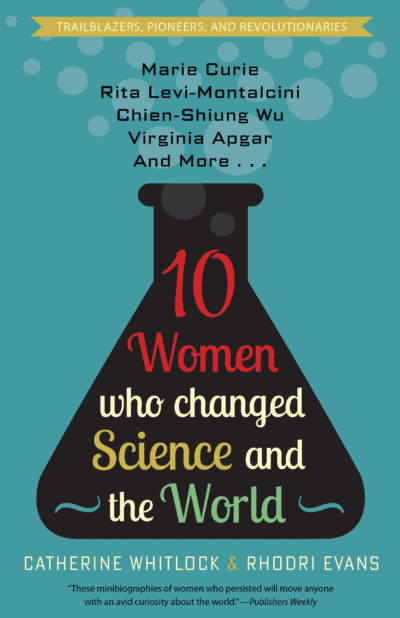 Ten Women Who Changed Science and the World

From two-time Nobel Prize winner Marie Curie to physicist Chien-Shiung Wu and Virginia Apgar, M.D., this book celebrates the lives and hard-earned accomplishments of ten women from around the world who forever changed our thinking in astronomy, physics, chemistry, medicine, and biology.

“These minibiographies of women who persisted will move anyone with an avid curiosity about the world.” –Publishers Weekly

It has been more than a century since the Nobel Prize in science was first awarded to a woman. And after Marie Curie’s 1911 accolade, seventeen other women—two in 2018—have been so honored (Curie won the award a second time).

This book explores the lives of Curie, three other female Nobel Prize winners, and six other women who broke through gender discrimination in the fields of physics, biology, chemistry, astronomy, and medicine to help shape our world with their extraordinary breakthroughs and inventions. Their science and their lives were driven by personal tragedies and shaped by seismic world events. By daring to ask “How?” and “Why?” and persevering against the odds, each of these women, in a variety of ways, has made the world a better place.

A Talk with Dr. Catherine Whitlock,

Co-author of Ten Women Who Changed Science and the World

All of the women in this book are remarkable, but if you had to choose one as your favorite, who would it be and why?

That’s a tough choice and I would struggle to choose. But if pushed, it would be either Dorothy Hodgkin or Rita Levi-Montalcini. It would be probably have to be Rita, partly because she lived so long, to the age of 103, and, often against the odds, achieved so much in her field of biology and on a social and humanitarian level.

Were any of these women well-known in their day and, if so, how did they handle their fame?

Rachel Carson was probably the most well-known in her day. She struggled at times with her fame because a) her message of the environmental destruction wreaked by the overuse of pesticides such as DDT was not well-received in some quarters and b) she was living on borrowed time when her book Silent Spring was published. Marie Curie was also pretty well-known in her lifetime, and of course now, for both her work in radioactivity and for her love life, too!

Which female scientist in this book faced the most gender-related barriers, and how did she overcome them?

That’s a tough one, as the hurdles were many and varied for all these women. Getting into university was often the biggest hurdle and sticking the course. More than one of them—Virginia Apgar in medicine or Marie Curie in physics—often found themselves the only woman, or one of very few present, in a large lecture theater of men. Their ability to focus on what they wanted to learn got them through the inherent discrimination in the university system at the time and certainly stood them in good stead when they tried to get a job in science.

Were certain sciences more welcoming of women than others?

I think all these women struggled with an all-pervading atmosphere of discrimination against women in science and having women in the work place at all. Elsie Widdowson may have struggled less—she started out in a new field of nutrition, and was one of its pioneers, and perhaps because of the association of food with women and the kitchen had an easier ride that many of them.

Were the families of these women supportive of their work, or was that another hurdle that they had to overcome?

Many of these women had supportive families, particularly the mothers who, in a number of cases, felt they’d been denied a good education and were keen to facilitate their own daughters’ education. Finances were often tight—the Great Depression hindered Virginia Apgar’s and Gertrude Elion’s initial progress—but moral and practical support was given freely and widely, wherever possible.

What role did determination play in the success of these women?

A tenacious streak was common to all these women. They were different characters as a group, from the shy and retiring characters of Rachel Carson and Lise Meitner to the more flamboyant Rita Levi-Montalcini and sociable Virginia Apgar. It takes all sorts to be a successful scientist, but tenacity runs through these women.

Many of the women in this book won a Nobel Prize, but some of them shared their prize with men. Was that indicative of a lack of respect for women, or did the men truly deserve the recognition, too?

No, the men were deserving, too. What’s more notable are those women who were widely perceived to have missed out on a Nobel Prize, namely the physicists Lise Meitner and Chien-Shiung Wu. There is still some debate as to whether that’s simply because their male colleagues and collaborators took all the limelight or because of some inherent bias in the Nobel Prize committee.

We hear so much about women in STEM today. How much progress have we as a society made, and how far do we have to go?

The awareness of, and concern about, the lack of women in STEM is much better than in these women’s day, but the statistics are taking a while to catch up, particularly in the fields of physics and engineering. In the UK, only 10% of professional engineers are women.

Do you think your own scientific background—your discipline of choice—influenced who you selected for this book?

Partially. My background is in Immunology, which is a relatively new discipline, so there are very few dead influential female immunologists. And we were keen to cover deceased scientists as that gave us the perspective to cover their impact. My family background is medical (my mother was a doctor) and I’ve worked in medical research, so I was keen to make sure some medically-related areas were covered, with women like Virginia Apgar and Gertrude Elion. Overall, we were keen to have a breadth of areas covered.

Did you have runners up for this book and, if so, who were they?

The primatologist Jane Goodall, the reproductive biologist Anne McLaren, and the chemist Rosalind Franklin. The latter is viewed by some as a bit of an omission but, certainly in the UK, she has had quite a lot of exposure recently (including a play written about her), so we felt others needed to be revealed. 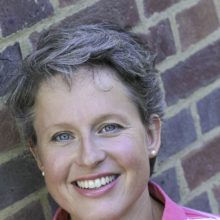 Having gained a Diploma in Science Communication from Birkbeck College, University of London—as well as a PhD in Immunology—Catherine Whitlock now works as a freelance writer. She has written for numerous magazines and websites including...