George Papadopoulos became the first person to plead guilty in the Mueller Investigation when—on October 5, 2017—he conceded that he had lied to the F.B.I. about a conversation with a professor during which he was told that Moscow had “dirt” on Hillary Clinton and “thousands of emails,” according to court records. Papadopoulos is a former adviser to President Trump and Secretary of Housing and Urban Development, Dr. Ben Carson. A University College London graduate, past Hudson Institute analyst, and career oil, gas and policy consultant, he was sentenced to 14 days in jail, fined $9,500 and ordered to complete 200 hours of community service and one year of probation after he serves his sentence. He is married to Simona Mangiante and lives in Chicago. 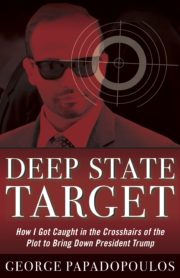