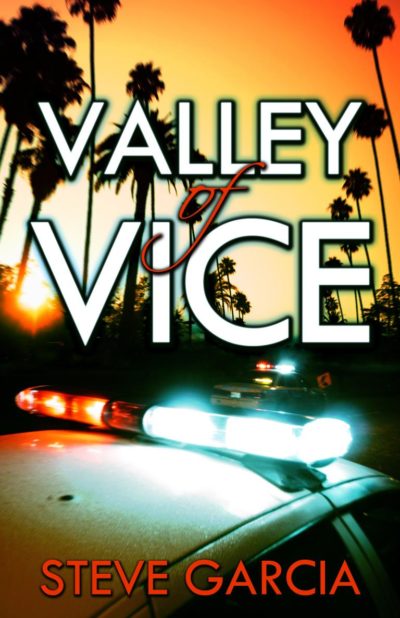 In Hollywood, it’s not just dreams that are easily snuffed out.

When a burned body is found on a studio lot, Detective Salvador Reyes and his partner Detective Philippa Wallace are on the scene. The mystery deepens when they identify the body as a felon named Bartholomew Pearl who should have been in jail for shooting a fellow detective. Then a city official, Theodor Simons, is found dead of an apparent suicide.

Convinced the deaths are connected, and not everything is what it appears, Reyes and Wallace investigate. Their inquiries take a dangerous turn, pointing to someone in the police department itself. Soon it’s hard to know who is an enemy, and who is a friend.
Garcia, Steve