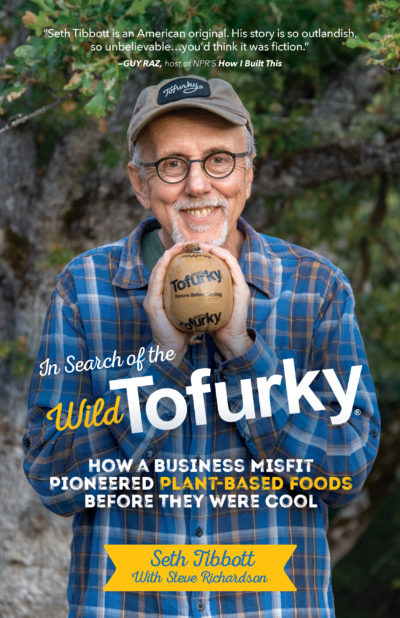 In Search of the Wild Tofurky

From treehouse dream to global brand, Tofurky’s founder and CEO of thirty-five years shares his story of selling millions of plant-based food products without selling out.

Success doesn’t happen overnight. Except for Seth Tibbott, to whom it does—following fifteen years of intrepid failure. In Search of the Wild Tofurky tells the triumphant tale of how a self-described hippie with no business training but plenty of doggedly enterprising goals grew a $2,500 startup into a global brand and ushered in a plant-based foods renaissance along the way.

Tibbott took home a grand total of $31,000 in his first nine years of striving to bring tempeh, a nearly unknown soy product he knew in his gut was revolutionarily tasty, to the people. He eschewed a buttoned-up lifestyle and resided in tipis, trailers, and a treehouse; rented workspace to piano-repairing circus clowns; and even briefly counted the infamous Rajneeshees as clients. Tibbott was never one to soullessly chase the money or try to fit in. Instead, he built a business that fit him.

Thus Tibbott discovered the “secret sauce” ingredients that took his now-international brand from fameless to fame-ish to famous: bootstrapping, building business intuition, and staying true to his belief in eco-friendly practices. In Search of the Wild Tofurky proves that a good idea can change the world and make money, no matter the naysayers or the sometimes harsh twists and turns of the unconventional path. Look no further for a delightfully unexpected $100 million story of hope and hustle. 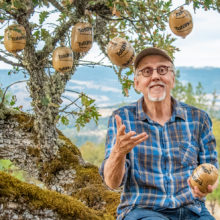 Seth Tibbott is the founder and CEO of Tofurky. He isn’t a former Wharton whizz kid or stock junky; in fact, he was an idealistic hippie with no business acumen living in a treehouse when...