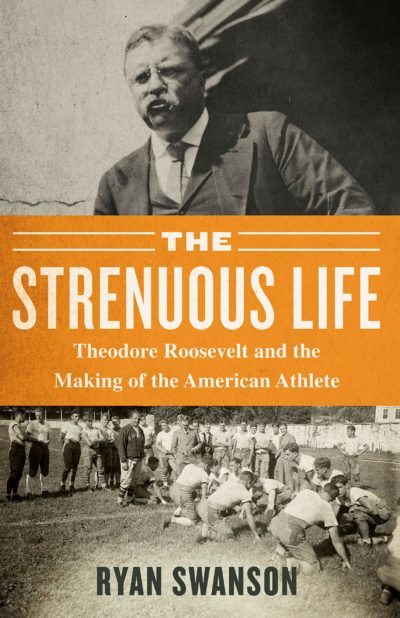 Theodore Roosevelt and the Making of the American Athlete

In full and intricate detail, featuring an amazing cast of characters from the worlds of politics, athletics, entertainment and more, this is the story of how President Theodore Roosevelt helped shepherd in an American sports and fitness revolution.

Crippling asthma and grossly myopic eyesight—as a child, Theodore Roosevelt was plagued by such ailments. Give up exercise completely, he was told by a doctor while attending Harvard, or you might die of a heart attack. Still, Roosevelt pressed on. His body was his weakness, the one hill he could never fully conquer.

Roosevelt developed a lifelong obsession with athletics that he carried with him into the highest office in the nation. As President of the United States, Roosevelt boxed, practiced Ju-Jitsu, played tennis, conducted harrowing “point-to-point” walks, and invited athletes to the White House constantly. He also made certain that each of his children participated in athletics. Not surprisingly, Roosevelt’s personal quest had broad reverberations. During his administration, America saw an unprecedented rise in sports and recreational activities. With Roosevelt in office, baseball’s first ever World Series took place, interscholastic sports began, and schools began to place a legitimate emphasis on physical education. Additionally, the NCAA formed, and the United States hosted the Olympic Games for the first time.

And the “Bull Moose,” as he’d come to be known, resided squarely in the midst of this upheaval. He fought desperately (and sometimes successfully) to shape American athletics in accordance with his view of the world. Filled with amazing anecdotes, a who’s who of American political and sports figures from the early 20th century, and Rooseveltian gusto and humor, this book tells the tale of Roosevelt’s struggle, which he termed “The Strenuous Life,” and how it changed America. 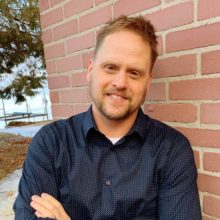 Ryan Swanson is an Associate Professor of History at the University of New Mexico. He earned his Ph.D. in history from Georgetown in 2008 and has been studying and researching Theodore Roosevelt and his role...