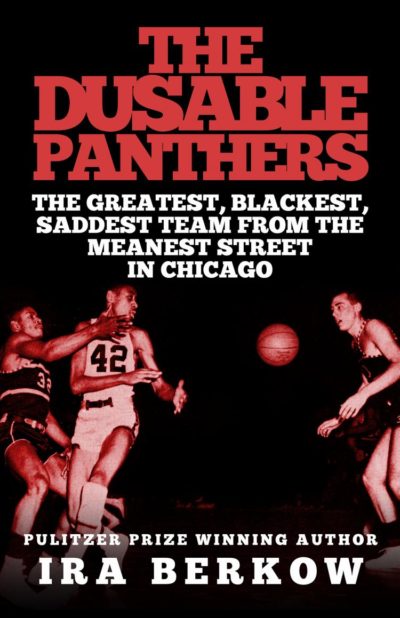 The Greatest, Blackest, Saddest Team from the Meanest Streets in Chicago

Twelve years before Kentucky and Texas Christian. Seven years after Jackie Robinson’s first at-bat in the Majors. A color barrier in both sports and in America was shattered—by a team of teenage boys.

The weight of a season and the weight of growing up are burdens enough. For a high school basketball team in Chicago in 1954, the weight of history joined them every time they stepped onto the court. “The Wonder Five” were from DuSable High School, a predominantly black area of Chicago, a city with a harrowing record on race relations. It is also one of America’s preeminent basketball cities, and The Wonder Five’s spectacular skill and immense poise carried them through the season and into the record books as the first all-black team, led by a black coach, to reach the highest levels of an organized, integrated, traditional sports program in America. When DuSable reached the finals of the state tournament for Illinois, it made history the minute its five starters stepped onto the court.

Pulitzer Prize-winning reporter Ira Berkow goes in-depth to explore the historical and sociological background that led to DuSable, as well as painting that championship game in his inimitable style. In one of the most emotional, suspenseful, and bizarre games that anyone had ever seen, DuSable played a team from Mount Vernon, a small, southern Illinois town, predominantly white, save for its one star player. What happened in the game, and the aftermath, changed the lives of these young men forever.
Berkow, Ira