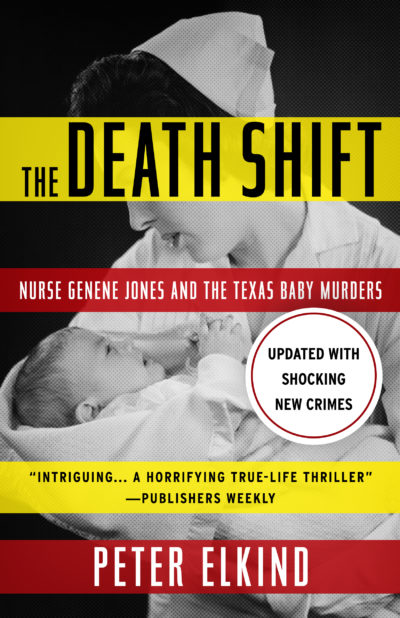 Updated with dramatic developments and multiple new murder charges—the classic account of arguably the most shocking and insidious case in the history of medicine: the crimes of one nurse that were hidden by a hospital for years.

It’s 1980, and Genene Jones is working the 3 to 11 PM shift in the pediatric ICU in San Antonio’s county hospital. As weeks go by, infants under her care begin experiencing unexpected complications—and death—in alarming numbers, prompting rumors that there is a murderer among the staff. Her eight-hour shift came to be called “the death shift.” This strange epidemic continued unabated for more than a year, before Jones was quietly sent off—with a good recommendation—to a rural pediatric clinic. There, eight children under her care mysteriously stopped breathing—and a 15-month-old baby girl died.

In May 1984, Jones was finally arrested, leading to a trial that revealed not only her deeply disturbed mind and a willingness to kill, but a desire to “play God” with the lives of the children under her care. More shocking still, it was discovered that the hospital had shredded records and remained silent about Jones’s horrific deeds, obscuring the full extent of her spree and prompting grieving parents to ask: Why?

Elkind chronicles Jones’s rampage, her trials—including those following five new murder charges filed in 2017—and the chilling aftermath of one of the most horrific string of crimes in America, while also turning his piercing gaze onto those responsible for its cover-up. The Death Shift is a tale with special relevance years after her conviction, as prosecutors, distraught parents, and victims’ advocates struggled and ultimately triumphed to keep Jones behind bars, despite her scheduled mandatory release from a Texas prison in early 2018.

Peter Elkind, senior reporter at ProPublica, is an award-winning investigative journalist and co-author of the national bestseller The Smartest Guys in the Room: The Amazing Rise and Scandalous Fall of Enron and Client 9: The Rise...