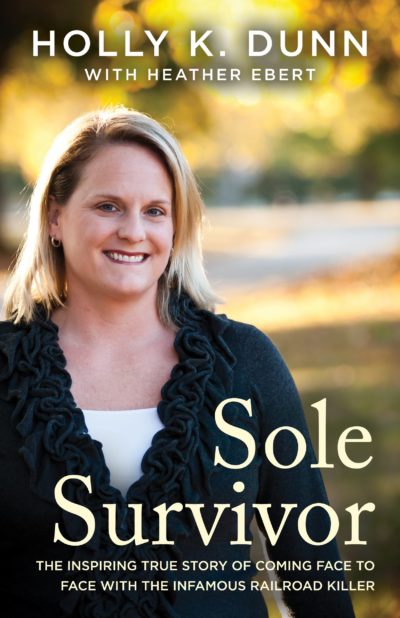 A memoir of hope, healing, and survival, sure to resonate with fans of Jaycee Dugard’s A Stolen Life and Elizabeth Smart’s My Story.

On August 28, 1997, just as she was starting her junior year at the University of Kentucky, Holly Dunn and her boyfriend, Chris Maier, were walking along railroad tracks on their way home from a party when they were attacked by notorious serial killer Angel Maturino Reséndiz, aka The Railroad Killer. After her boyfriend is beaten to death in front of her, Holly is stabbed, raped, and left for dead.

In this memoir of survival and healing from a horrific true crime, Holly recounts how she lived through the vicious assault, helped bring her assailant to justice, and ultimately found meaning and purpose through service to victims of sexual assault and other violent crimes. She has worked as a motivational speaker and activist and founded Holly’s House, a safe and nurturing space in her hometown of Evansville, Indiana.
Dunn, Holly K.; Ebert, Heather

Holly Dunn Pendleton is a a tribute to the resiliency of the human spirit. In her work as an activist, Holly uses her horrific experience and long journey of healing to inspire and enlighten her...