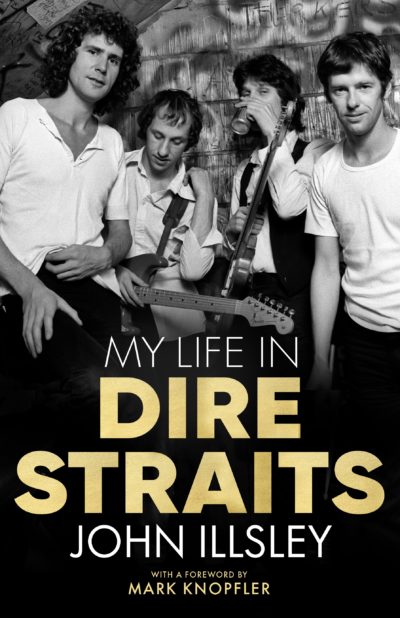 My Life in Dire Straits

The first, and only, inside story of one of the greatest bands in rock history—Dire Straits—as told by founding member and bassist John Illsley.

One of the most successful music acts of all time, Dire Straits filled stadiums around the world. Their albums sold hundreds of millions of copies and their music—classics like “Sultans of Swing,” “Romeo and Juliet,” “Money for Nothing,” and “Brothers in Arms”—is still played on every continent today. There was, quite simply, no bigger band on the planet throughout the eighties.

In this powerful and entertaining memoir, founding member John Illsley gives the inside track on the most successful rock band of their time. From playing gigs in the spit-and-sawdust pubs of south London, to hanging out with Bob Dylan in LA, Illsley tells the story of the band with searching honesty, soulful reflection, and wry humor. Starting with his own unlikely beginnings in Middle England, he recounts the band’s rise from humble origins to the best-known venues in the world, the working man’s clubs to Madison Square Garden, sharing gigs with wild punk bands to rocking the Live Aid stage at Wembley. And woven throughout is an intimate portrait and tribute to his great friend Mark Knopfler, the band’s lead singer, songwriter, and remarkable guitarist.

Tracing an idea that created a phenomenal musical legacy, an extraordinary journey of joy and pain, companionship and surprises, this is John Illsley’s life in Dire Straits.

John Illsley rose to fame as the bass guitarist of the critically acclaimed band Dire Straits. With Dire Straits, John has been the recipient of multiple Grammy Awards and a Heritage Award. As one of...