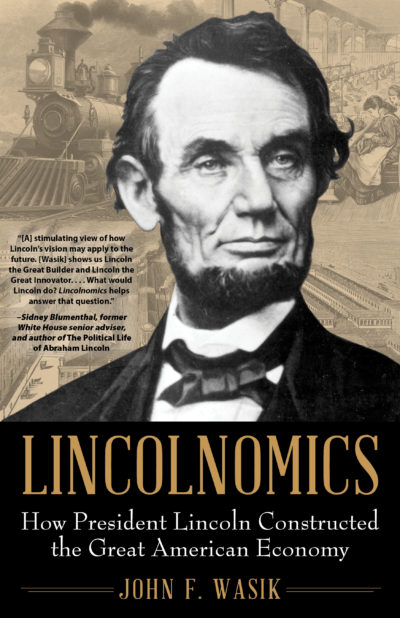 The only biography of its kind, Lincolnomics narrates The Great Emancipator’s untold legacy as The Great Builder of American infrastructure—developer of an economic ladder to democracy through national transportation, public education, and market access

Lincoln’s view of the right to fulfill one’s economic destiny was at the core of his governing philosophy—but he knew no one could climb that ladder without strong federal support. Some of his most enduring policies came to him before the Civil War, visions of a country linked by railroads running ocean to ocean, canals turning small towns into bustling cities, public works bridging farmers to market.

Expertly appraising the foundational ideas and policies on infrastructure that America’s sixteenth president rooted in society, John F. Wasik tracks Lincoln from his time in the 1830s as a young Illinois state legislator pushing internal improvements; through his work as a lawyer representing the Illinois Central Railroad in the 1840s; to his presidential fight for the Transcontinental Railroad; and his support of land-grant colleges that educated a nation. To Lincoln, infrastructure meant more than the roads, bridges, and canals he shepherded as a lawyer and a public servant.

These brick-and-mortar developments were essential to a nation’s lifting citizens above poverty and its isolating origins. Lincolnomics revives the disremembered history of how Lincoln paved the way for Eisenhower’s interstate highways and FDR’s social amenities. With an afterword addressing the failure of American infrastructure during the COVID-19 pandemic, and how Lincoln’s policies provide a guide to the future, Lincolnomics makes the case for the man nicknamed “The Rail Splitter” as the Presidency’s greatest builder. 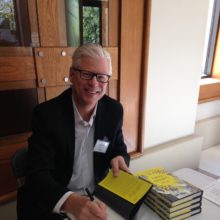 John F. Wasik is the author of nineteen books, including Lightning Strikes: Timeless Lessons in Creativity from the Life and Work of Nikola Tesla. His columns, blogs, and articles have appeared in the Wall Street Journal,...