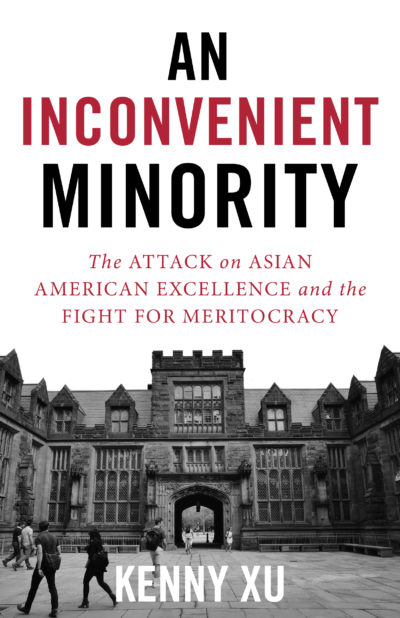 The Attack on Asian American Excellence and the Fight for Meritocracy

From a journalist on the frontlines of the Students for Fair Admission (SFFA) v. Harvard case comes a probing examination of affirmative action, the false narrative of American meritocracy, and the attack on Asian American excellence with its far-reaching implications—from seedy test-prep centers to gleaming gifted-and-talented magnet schools, to top colleges and elite business, media, and political positions across America.

The Asian American minority, transcending its impoverished history, has quietly assumed mastery of the nation’s technical and intellectual machinery and become essential to the workforce that makes modern American life possible. Yet, they’ve been forced to do so in the face of policy proposals—written in the name of diversity—that serve to exclude them from the upper ranks of the elite.

In An Inconvenient Minority, journalist Kenny Xu, who has covered the sensational Students for Fair Admission (SFFA) v. Harvard case since its inception, traces White America’s longstanding unease about a minority potentially upending them in the race for group status. Their policy proposals, such as eliminating standardized testing, doling out racial preferences to non-Asian minorities, inflaming anti-Asian stereotypes, and lumping Asians into “privileged” categories despite their deprived historical experiences have spurred Asian Americans to fight back—a battle given a boots-on-the-ground perspective here.

Going beyond the Harvard case, Xu unearths the skewed logic that has had ripple effects throughout the US, from Governor Bill de Blasio’s attempted makeover of the New York City Specialized School programs to the battle over diversity quotas in Google’s and Facebook’s progressive epicenters, to the rise of Asian American political activism in response to unfair perceptions and admission practices.

For too long, Asian Americans have stood in the shadows, operating the machinery in the back. But their time is now. An Inconvenient Minority chronicles the political and economic repression and renaissance of a long ignored racial identity group—and how they are central to reversing America’s cultural decline and preserving the dynamism of the free world. 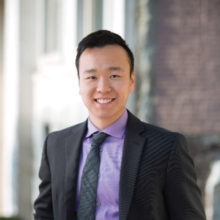 Kenny Xu is the lead insider on the Harvard case and a commentary writer for The Federalist, The Washington Examiner, The Daily Signal, and Quillette. Xu has spoken on the consequences of the Harvard case...