“For more than twenty years, Patricia C. Wrede (b. 1953) has expanded the boundaries of young-adult fantasy writing. Her first novel, Shadow Magic (1982), introduced Lyra, a magical world in which she set four more novels. Her other series include the Enchanted Forest Chronicles; the Cecelia and Kate novels, co-written with Caroline Stevermer; the Mairelon books, which take place in Regency England; and the Old-West Frontier Magic series. Wrede lives and works in Minnesota.

Pamela Dean is the author of The Secret Country trilogy (The Secret Country, The Hidden Land, and The Whim of the Dragon); Tam Lin; The Dubious Hills; Juniper, Gentian, and Rosemary; and a handful of short stories. She was born in the Midwest of the USA, and aside from a few aberrant periods spent in upstate New York and Massachusetts, she has stubbornly remained there. She attended Carleton College in Northfield, Minnesota, which in a somewhat altered state is the setting for her novel Tam Lin. She lives in a cluttered duplex in Minneapolis with her chosen family and a variable number of cats. She enjoys hiking, gardening, cooking, reading, being a part of local science-fiction fandom, and attending the theater. She understands that writers are supposed to have colorful careers, but on the whole she prefers as quiet a life as the family and the cats will permit.” 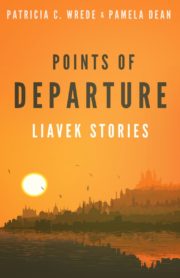