John Illsley rose to fame as the bass guitarist of the critically acclaimed band Dire Straits. With Dire Straits, John has been the recipient of multiple Grammy Awards and a Heritage Award. As one of the founding members (with Mark Knopfler, his brother David and drummer Pick Withers) John played a major role in the development of the Dire Straits sound. When Dire Straits finished touring in 1993, John became involved in the art world. Having carved a reputation for himself as a painter, John had solo exhibitions in London, New York, Sydney, and across Europe. He also cofounded the children’s charity Life Education in 1987, which was recently integrated into Coram, one of the oldest UK charities. John also owns a pub, the East End Arms in the New Forest. 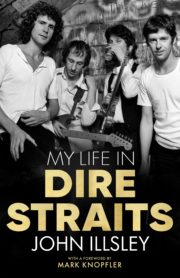